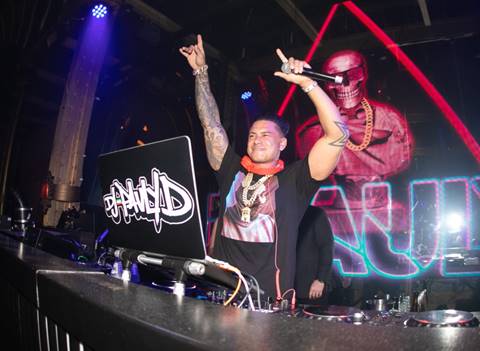 Hot on the heels of the season finale of MTV’s “Double Shot at Love,” DJ Pauly D took to the stage at TAO Chicago’s nightclub on Friday night. He had a blast during his set and even played an extra 15 minutes, taking in the energy of the crowd who cheered when he asked if they wanted him to return to play at TAO Chicago again.