“Shameless” Cast Back in Chicago at Siena Tavern 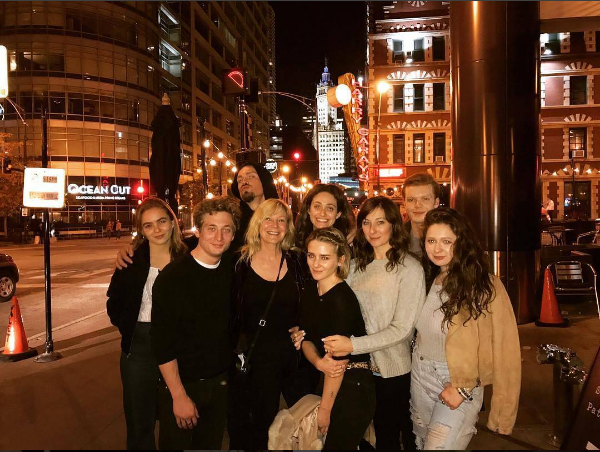 The “Gallagher” family is back together in the Windy City as the “Shameless” cast was in Chicago continuing to film scenes for season seven. Not only are they back together in Chicago, they all met up at one of their favorite spots, Fabio Viviani’s Siena Tavern for a finale night cast dinner. Emmy Rossum, Jeremy Allen White, Steve Howey, Cameron Monaghan, Emma Kenney, Isadora Goreshter and more, were all dining on Viviani’s Italian fare, while some sipped on wine. Following the meal, before the group dispersed, they posed outside of the restaurant for a photo, followed by Monaghan and White – who play brothers on the show – heading back inside and posting up in the bar area to finish watching game six of the World Series.